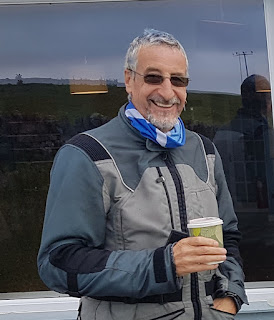 The final (and deciding) game of the Trophy Competition saw Team Mackey with an interloper, the skip of the Maguire squad playing lead.  As the Mackey team was the only team with a (very slim) chance of beating Graeme's rink to the pies there was a fierce debate about whether he would help or hinder Julia's chances of another pie.

With Julia needing 7 ends and a 14+ shot advantage, she made a good start.  Graeme was behaving himself but started to get worried when after 2 ends Team Mackey was well on target.  All speculation was calmed, however when the Good Squad took two vital ends.  From then on, with the Trophy Competition decided the skips thoughts then turned to the Peter Allen Shield race.  Team Julia, wrapped up the game by taking a further three ends, thus restricting Graeme to a two end advantage in the Shield going into the final round of games.  These wont start until 5th March as we now take a break with the upcoming start of the Thirds Competition.

At the other end of the table, Team Good's two ends were not sufficient to leaver himself from the 'strongman' position, i.e. holding everyone else up !  His team are, however, only 4 ends behind Dale's team, with three games to play.

So, its congratulations to Graeme Maguire, David Wyllie, Alasdair Robertson, Karen/Sheena Munro and various reserves for securing the second lot of pies for the season.  (For the record this is the first main league win for Graeme since 2012/13)