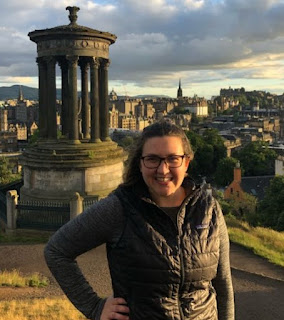 Last night was the Knockout Final contested between the Mackey and Maguire squads, or at least so we thought....

I'm not sure I can remember a club game that was played with such an attacking style.  Every end contained so many 'take-outs' (or attempted ones) that we should have opened a restaurant !  Anyway, I can't delay the pain much longer.

Team Mackey got off to a great start, taking a four from their opposite numbers before Team Maguire got their heads in the game.  They struck back, but with a barrage of hits, were restricted to singles in the next two ends.  The contest turned and it was then Julia and her crew to be restricted to singles.  By the end of the fifth they had restored their four shot lead.  At that point a poor hit and roll attempt backfired and left Graeme having to play a wide hit and diagonal roll with his last.  The hit was made but the stone rolled just too far and left Team Julia with another four.

Overall, with the exception of the actual scoreline, it was a close fought match, with some excellent shots being played.  Especially from the winners team who deserved their victory having hardly made a mistake (or even miSTEAK) all night

Congratulations to Julia Mackey, John Niven, John McOmish and Adam Hicks for winning the first meaty goodness of the season - AND the Knockout crown.