When the shots Competition was curtailed last season, Team Callander was in a commanding position, with the silverware theirs to lose.  Team Good, with a very 'good' performance could still take possession of the Aberlady Medal. 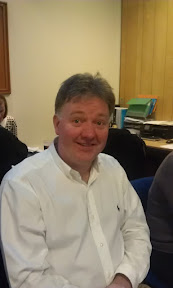 Six months after the original game should have been played, the skips, like The Avengers assembled.  Would Dale and his squad maintain the high standard from last season, or would they bottle it ?  When they took to the ice, Dales team looked confident.  This could have something to do with John's team abandoning him !  Unfortunately, not enough players arrived to play this fixture, the game was therefore forfeit  and Team Callander took the clean sweep of trophies.

Last season, Sandy Nicoll was the first member to take the clean sweep of all four major trophies.  This has now been replicated with the victorious Dale Callander, David Wyllie, Rosie Clark and Pam Clark.  (Rosie was also a joint winner of the Pairs High Road and new Gill Daley Achievement Trophy, while Pam walked away with the Ladies Points Trophy.  David also took the Thirds Medal)

Congratulations again to one and all for a momentous season.