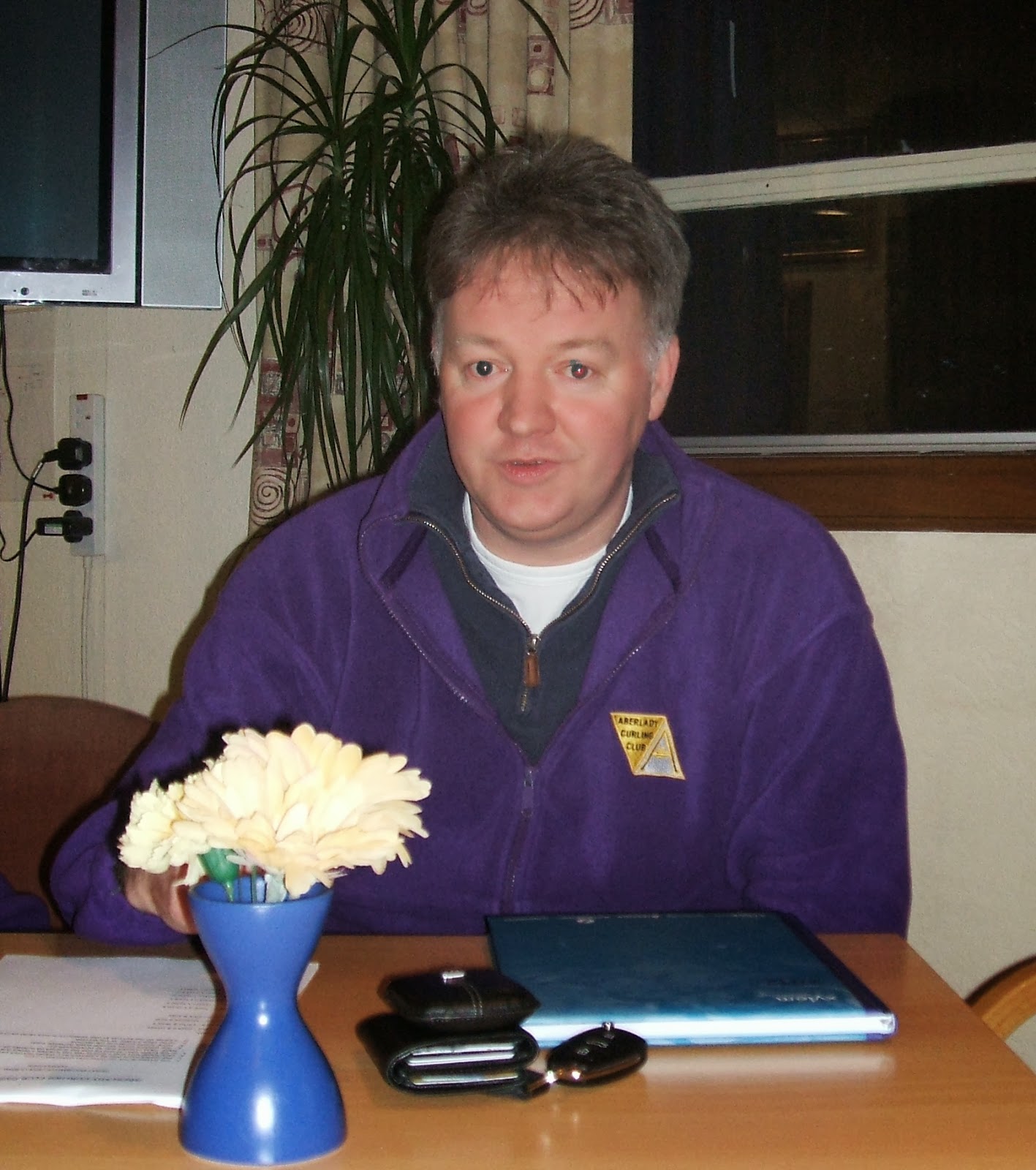 A thrilling final game in the Thirds left the destination of the championship in President Dale's hands.  The championship could go three ways.
If Dale lost - Sandy would be champion at his first attempt.
If Dale won (just) - George would take the silverware.
For Dale to win he must take his final game and win at least 5 ends.
Dale's chances were possibly put into question when he discovered that due to substitutions Sandy was to be his third !  Another factor that proved to be limiting was that despite not appearing to play slowly, only six ends were actually played.
With that information buzzing round his head, the destination of the Medal came down to the final stone of the final end, which was played slightly light and tight and wrecked on the guard giving Dale an impressive 9 - 1 score line but more importantly winning 5 ends.  With wins and ends tied with George, Dale's superior
shots up tally of thirteen to George's six was enough to secure more silverware for Mrs Dale to keep polished.
Congratulations then to Dale, L Nicoll, Pauline and Graeme.
Posted by Graeme at 11:57